Replacement of the Driegatenbrug in Leiderdorp

To replace the Driegatenbrug, Waco produced the precast bridge deck and precast concrete slabs. Currently, the new bridge is being installed by the contractor.

Due to a technical inspection of the Driegatenbrug in November 2018, the bridge is partially closed to freight traffic because of the reduced permissible weight loading.

The current bridge dates from 1936 and is over its economic and technical lifespan. The new bridge will have the same dimensions as the current bridge, creating more headroom and the new bridge deck will meet current and future traffic loads so that the bridge is suitable for possible future redevelopment.

Contractor company Gebr. Schouls started replacing the Driegatenbrug on 14 October 2019, after the sailing season. A temporary bicycle and pedestrian bridge has been installed to facilitate the traffic flows of cyclists and pedestrians during the works. The replacement of the bridge will take place in various phases and is expected to be completed in April 2020. Gebr. Schouls is currently in the process of installing the new bridge.

In order to replace the Driegatenbrug in Leiderdorp, Waco was commissioned by Gebr. Schouls to produce the precast bridge deck and precast concrete slabs plates for the new bridge.

Bridges produced by Waco range from slim and elegant, to more bold and robust structures, without compromising on aesthetics
Read more about the bridges of Waco. 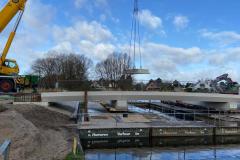 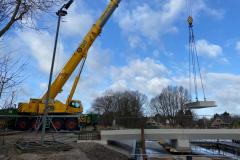 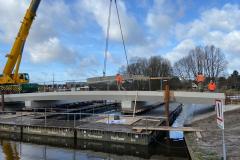 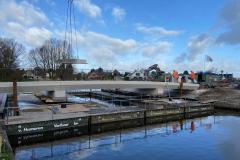 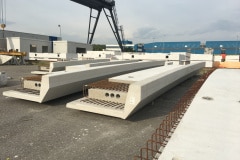 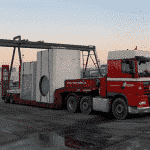 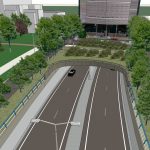