Waco contributes to the renovation of Villa van Waning

The former office building of the Rotterdam Cement Factory Van Waning & Co will be given a new function. The building was built in 1898, an important moment in Waco’s history. Naturally, we wanted to make a contribution to the roots of Waco. Waco made sure that the ornaments (the cat and the dog) were restored and replaced.

For thirty years, the villa was vacant until Vincent Taapken and his company New Industry took over the property from the municipality at the end of last year. Initially, the idea was to open a fine dining restaurant on the first and second floors. A coffee bar and patisserie should have been built on the ground floor with a fine terrace around the building. Because of Covid-19, these plans have been postponed. The building will now house two rental flats. On the ground floor, the developer is clinging to the catering industry.

The shield belongs to the award of the predicate ‘royal’. Companies that have existed for a century can apply for it. The Rotterdam Cement Factory Van Waning & Co received this designation much earlier from Queen Emma. Founder and owner Jacob Isaac van Waning started his factory in 1888. He had figured out how to make cement stone sewer pipes. An absolute innovation for that time. At the end of the 19th century, Van Waning en Co provided palace the Loo with sewers pipes.

When commercial director Ron van Boven heard about the renovation plans for the former office building of Van Waning en Co, he knew for sure: ‘we want to contribute to this’. On top of the building were two ornaments, one of a cat and one of a dog. As the former owner, we wanted to donate two new statues. There was little left of the two statues. The statues were removed from the facade and taken to the 3DMZ lab. Here the remains were scanned with a 3D scanner. Subsequently, a 3D sculptor made digitally identical models using the 3D scans and photographs. The images were printed using a 3D concrete printer. Meanwhile, the stone replicas have been placed and painted white at the same time. ‘The result is absolutely amazing. It is fantastic to see that the dilapidated building is being restored to its former glory and that a piece of Waco’s history will continue to exist’. According to a proud Ron van Boven. 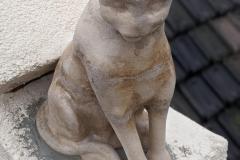 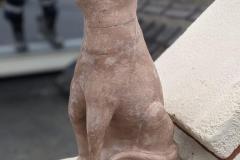 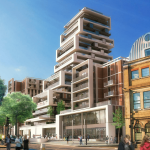 Waco is working on the new Headquarter RAD in LondonUncategorized 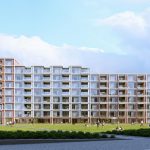 Waco and microbeton are working together on The OX- AmsterdamUncategorized